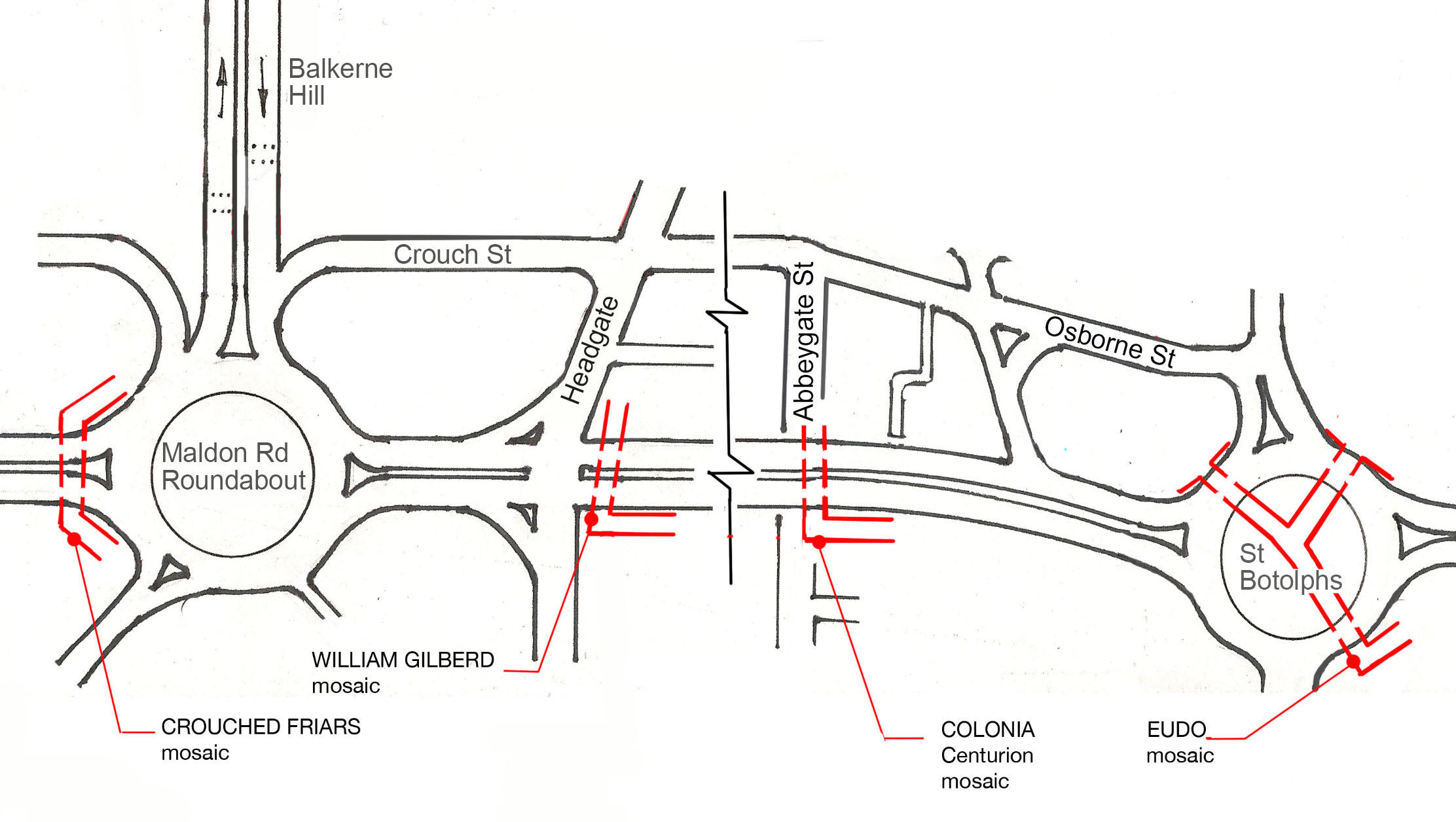 There are four subway links across Southway, linking Colchester town centre with the South side of the town. Each subway has one mosaic panel detailing a historic figure and a selection of coins and roundels with mosaic surrounds.

The series of coins and roundels were designed to mark significant points in Colchester’s history and are:

Three Shields commemorating the UK joining the European Economic Community (now the European Union) in 1973 and the twinning of Colchester with Wetzlar (1969) and Avignon (1972).